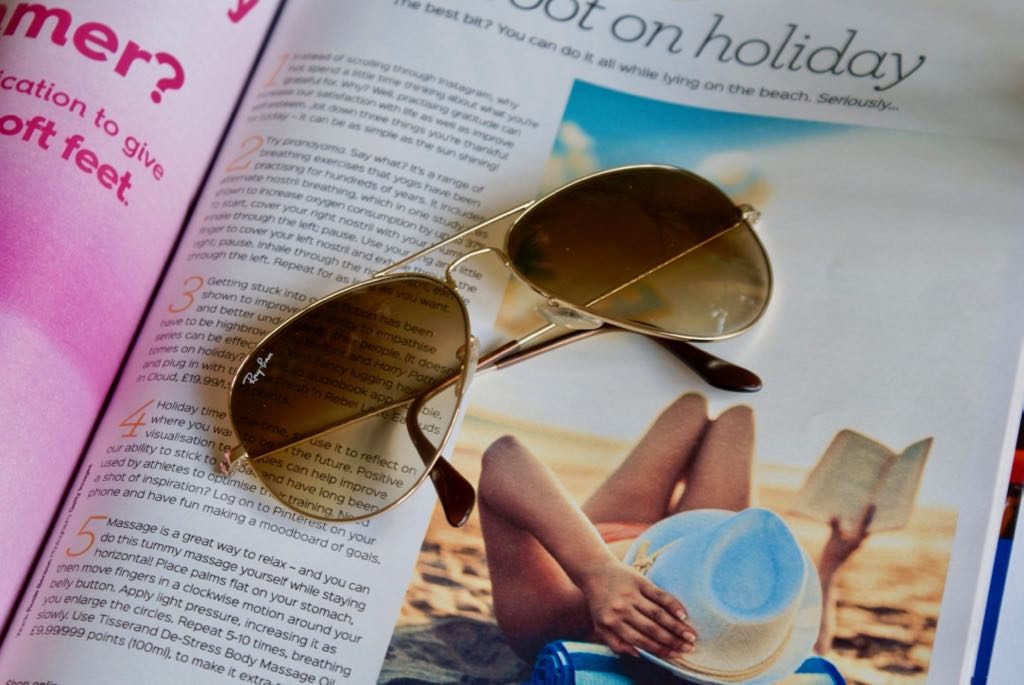 Ray-Ban Aviators are not only beautiful but an absolute icon in eyewear. Probably the most recognised sunglasses ever made and loved by both men and women. I haven’t met a person yet who they don’t suit and they are as popular now as they were when they were first made over 80 years ago.

The Aviators were originally designed by Bausch and Lomb, one of the biggest companies in eye health for the US Air Force. They were made for pilots to prevent glare from the suns rays. They literally banned the suns rays hence the name Ray-Ban. In 1938 they were mass produced for market and given metal frames and glass lenses for a population that were keen to emulate the glamour of US air pilots. More recently Tom Cruise made them cool again wearing them in Top Gun.

In the Second World War, the glasses were given gradient tints so that pilots could be protected from the sun but also see the instruments on cockpit.

These are mine. I chose the gradient tint and I love and hate them in equal measure. I love the style and I am delighted I bought them and feel good wearing them. Not for comfort I might add, as despite the price tag they are not that comfortable. It is definitely a case of style over comfort. After a while the weight of them dig into your ears, well mine anyway and mine don’t really fit over my ears which doesn’t help.

Despite all that, I look after them, putting them back in their case as soon as I take them off and really have to stop myself pushing them up on my head as too many of my glasses have stretched to the point that they fall over my nose.

If you fancy yourself in a pair you can buy them here. Just make sure they fit properly before leaving the shop.