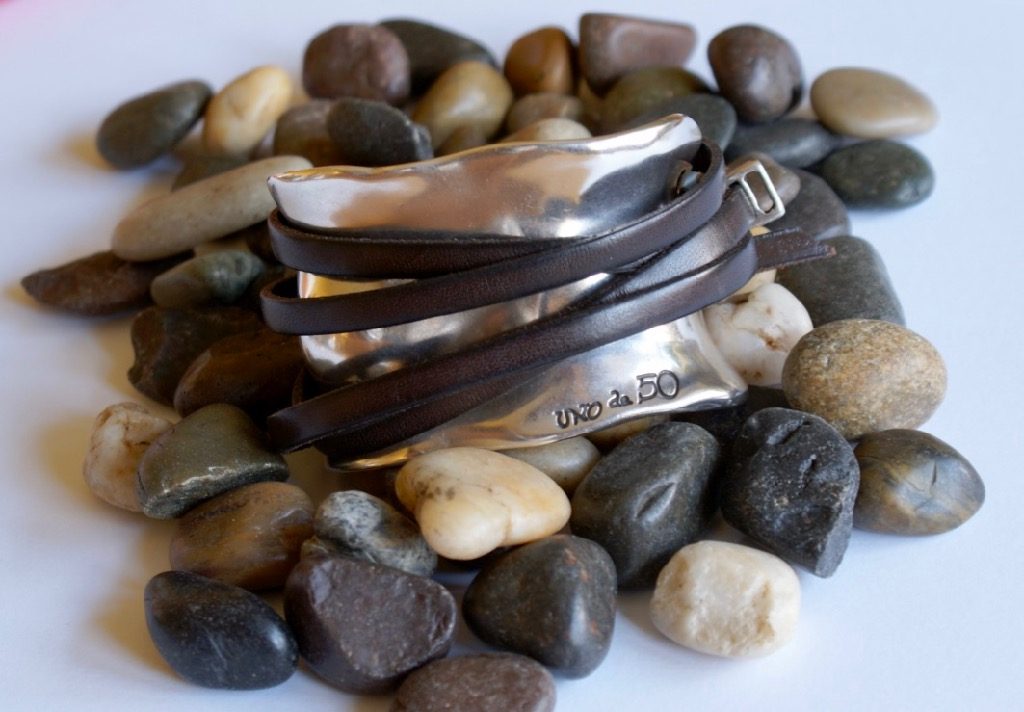 A couple of years ago I was on holiday in Lanzarote. Not a great holiday as it turned out. I had stabbing pains in my head which I almost convinced myself was a brain tumour (I later discovered was shingles). The weather wasn’t great and our hotel room looked as if it had been designed by a teenage boy. There was a shower and toilet. Great. But oddly a basin in the main bedroom which looked like an after thought. So high off the ground, you had to stand on tip toes to clean your teeth. Oh yes, and a hot tub right next to the bed which ended up having clothes draped over it most of the time.

On a very overcast day, we visited a shopping centre and tucked in the corner was a shop which sold Uno de 50 jewellery. I had never heard of the brand before, but suddenly things began to look much brighter. Uno de 50 is a range that will awaken the inner rock chick in you. Lots of silver and leather and bright coloured stones.

Jose Azulay started the company in Madrid in the late nineties and named his company after the 50 units of each design he produced. Today, production has increased significantly as there are outlets over Europe. 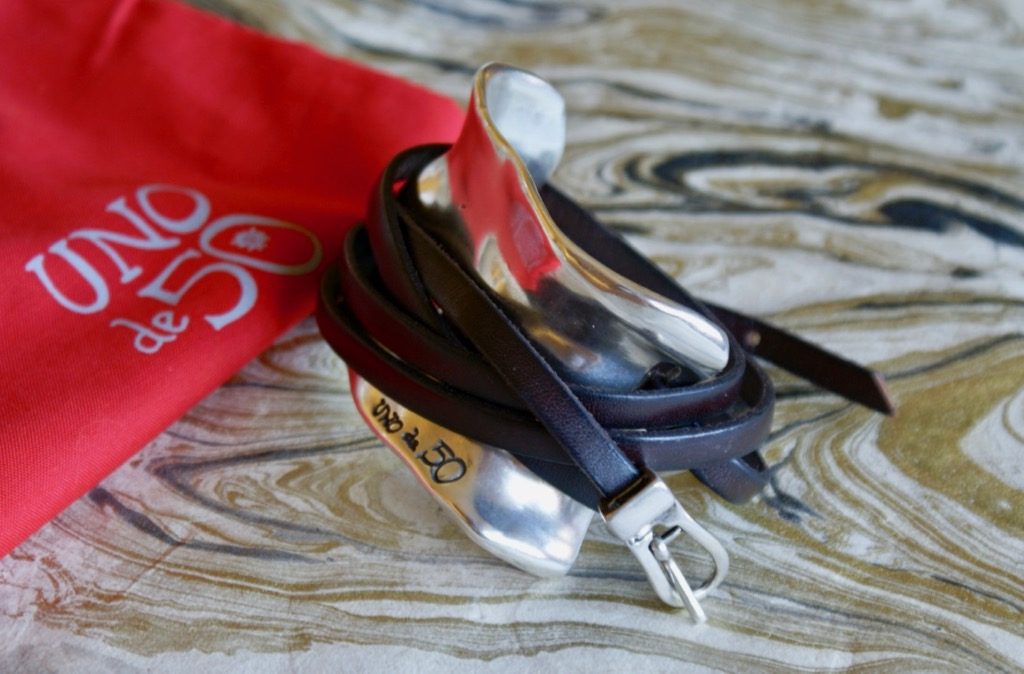 The Ibiza bracelet pictured is my second Uno de 50 purchase – well actually a gift I chose. Definitely not for the faint hearted. It is bold and fulfils the silver and leather brief perfectly.

The bracelet is lovely. It looks uncomfortable but it fits nicely on the wrist as it has a small dome shape for your wrist bone to sit in. The leather strap can be wrapped around neatly or randomly and is fixed with a small silver buckle. It will definitely get noticed. It comes in gold too but it is silver for me.